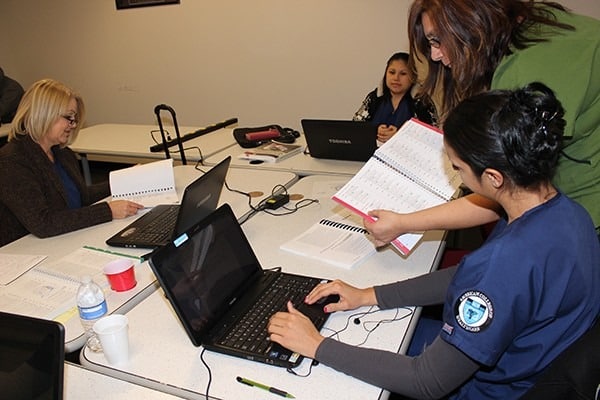 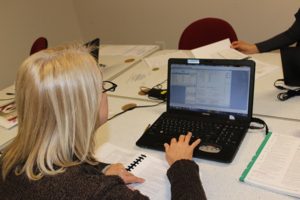 In his last State of the Union Address, President Obama highlighted VP Joe Biden’s decision to forego the 2016 Democratic nomination in favor of working to “make America the country that cures cancer once and for all.” Since then, the plan has often been called a “moonshot to cure cancer” – an effort as ambitious as Neil Armstrong’s 1969 moon mission. But what about the real, on-the-ground cancer care that this initiative will need to build on? In CA, we’re ahead of the game! Currently, cancer reporting in California is leading the push to make cancer data useful through a special collaborative project called CAP eFRM, spearheaded by the California Department of Public Health.

In an age of “big data,” teams working in hospitals as well as labs and research centers all across the country need to be able to access standardized information quickly. Researchers don’t have the luxury of being able to leaf through doctors’ notebooks – they need to be able to work with data from many locations right away.

CAP eFRM (electronic Forms and Reporting Module) is a new software tool developed by the College of American Pathologists and promoted by California’s Healthcare Department. Basically, CAP eFRM is an electronic reporting format that structures cancer reporting data in a way that makes it truly usable and actionable. It also sends real-time updates to everyone hooked into the system so that the entire network is up to date. This is a major stride toward better cancer care – and, down the line, a cure for cancer.

Right now, even if they’ve moved toward digital reporting rather than paper filing systems, laboratories, hospitals and research centers that aren’t using the CAP module usually record observations of cancer patients longhand, in the form of typed paragraphs, or worse, scanned copies of handwritten reports. This is impractical and makes it very difficult to effectively record, track and use information according to the College of American Pathologists’ proven methodology of diagnosing and understanding various kinds of cancer.

With CAP eFRM, the pathologists doing cancer reporting in California can use electronic cancer checklists to isolate patterns, do internal assessments, and keep records of the kinds of trends that help researchers catch cancer early and prevent it from spreading. The more laboratories use CAP’s electronic reporting format, the faster physicians can work to save current patients and prevent new ones. But it all depends on organizations’ willingness to join in – and very few organizations outside of California have adopted any system that makes data actionable for laboratories.

Even in California, adoption of eFRM is far from universal. But the Department of Public Health has been collaborating for three years with the College of American Pathologists to urge labs and research centers to “convert” to eFRM – and hopefully, as Vice President Biden’s effort expands, the CAP eFRM initiative will gain momentum, growing not only this new form of cancer reporting in California but also promoting CAP eFRM across the US.

So, how does this affect students at ACHT? As a medical administrative assistant or medical coder working with CAP eFRM, you can be an important part of the moonshot to cure cancer – not just for San Diego or California, but for the world. Even better, since the need for cancer reporting in California is still expanding, our medical billing & coding and medical administrative graduates are headed for a work environment bustling with opportunity!

How Medical Assistants Save Lives Every Day

4 Exciting Healthcare Startups People in Healthcare Careers Should Know About