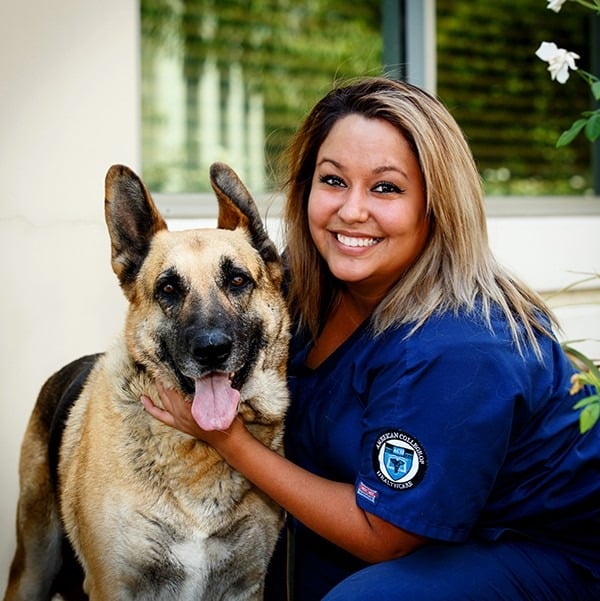 As a veterinary assistant, you might find yourself caring for a pooch who’s more than just a pet: he might actually be about to get a healthcare job! We’re not talking about seeing-eye dogs, although they do tremendous work and make worlds of difference for the visually impaired. Actually, in a recent NPR story called “Can Diabetes Alert Dogs Help Sniff Out Low Blood Sugar?” Miriam Tucker explores the way canine companions are now being trained to care for people with diabetes.

The dogs are trained to perform the same function as a constant glucose monitor (CGM), a device that alerts diabetics when their blood sugar becomes dangerously low (which carries a severe risk of losing consciousness).

But how do these dogs get a healthcare job? The dogs are trained to recognize low blood sugar in a variety of ways, but they certainly can’t “smell” their owners’ blood from the outside, so researchers have wondered how the dogs are able to detect this problem. According to Ms. Tucker, it is possible that they’re just reacting to external symptoms of discomfort (such as shaking or sweating), or perhaps subtle physical cues that they are able to become attuned to.

One study published in Diabetes Care found that the dogs might be sniffing out a compound called isoprene, which is usually found in human breath but rises significantly when blood sugar is low. 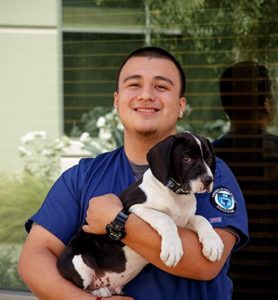 So, is the CGM on its way out in favor of dogs? Sadly, man’s best friend isn’t quite as good as the technology, yet. When researchers analyzed the dogs’ accuracy, they found that although the dogs did not miss a large percentage of blood sugar incidents, using dogs instead of CGMs resulted in a much higher rate of false positives: in other words, the dogs often alerted owners when there was nothing wrong. About 85% of the dogs’ alerts were false alarms. The dogs also seemed to respond not only to low blood sugar but also to high blood sugar and rapid changes in blood sugar, so the information they gave was not consistent.

In addition, it takes several years to train a dog to get a healthcare job like this, and the dogs can cost $20,000 out of pocket to adopt. That’s over 20 times the price of even the more expensive monitoring systems, although some nonprofit organizations are able to contribute.

However, especially if you’re one of our students training for a career in veterinary medicine, you can understand why patients aren’t too hard on their frequently incorrect companions. As compared to a device, dogs are rarely annoying and can bring a great deal of comfort to diabetic patients. For now, those who have adopted them are leaving rave reviews.

Even for the average owner whose dog isn’t about to get a healthcare job anytime soon, pet ownership is often an important health decision. You may already know that people who own pets live longer, often healthier lives than those who don’t. As a veterinary assistant, although you are directly caring for animals, you are contributing to the health not only of your “patients” but also their owners as well.