Summary: After graduating from college or a technical school you might be in for some interesting Group Interviews when you start applying for jobs. Group interviews can be intimidating for many candidates, knowing how to stand out and make the cut will make the group interview become less of a stress. One mistake that many potential employees make is to size up your other group interviewees. Sizing up the opponents can make someone feel more self-conscious and nervous. This will ultimately show during the actual interview. On the contrary, making friends and small talk with your fellow interviewees, will make you feel more at ease and help you engage during the interview. Furthermore, involving everyone will help the group dynamic seem less tense and intimidating. Interactions with everyone will not only humanize the other potential employees, but also show the interviewers your personal skills. 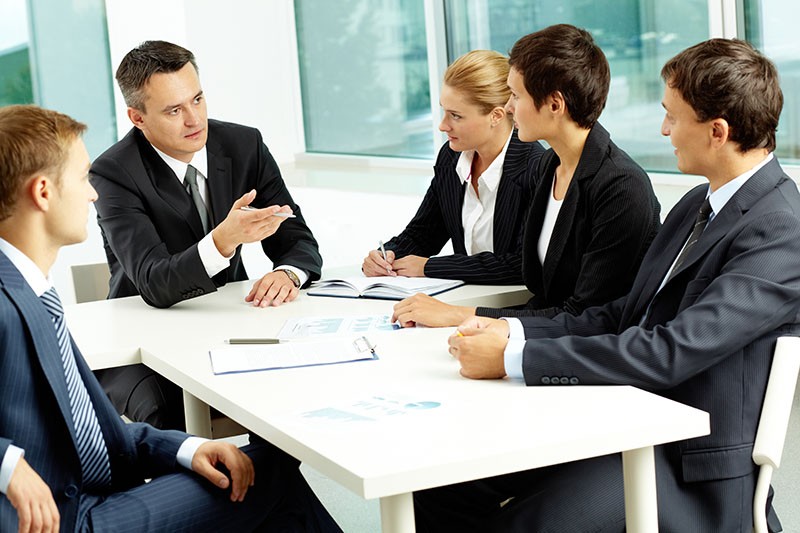 Moreover, do not get caught up trying to match up or step above the other candidates. Being yourself and talking about your actual experiences will help you to stay more focused on the topics at hand and not get too ahead of yourself. Remember to interact with purpose, allowing everything you say to add to the conversation in a positive and progressive nature. Finally, listening to your fellow candidates will help you stay engaged and be ready for any question that may come up from the other conversations. After the interview make sure to always follow up and thank your interviewer for their time.

Original Article: Standing Out From the Crowd: How to Nail a Group Interview

Feeling prepared, you walk into the office for your interview. You introduce yourself and are promptly led to the conference room—only to find five other candidates waiting.

Group interviews can take you by surprise, but more and more, companies are using them to effectively find job candidates and expedite the interview process. And with the rising importance of office dynamics, group interviews aren’t going away.

Here’s a quick primer: Group interviews can include both multiple interviewers and multiple candidates. As a group, you may be asked to answer typical interview questions, but you may also be put to the test. Expect to find a problem solving or work-simulation exercise, along with discussion around the problem solving process. The purpose of this style of interview is to see how you interact with others, demonstrate your skills in a crowd, and solve problems on the spot.

Your goal in this setting is to stand out (in a good way), so that you can move past this first round and secure a solo interview. So, as much as you’d rather have a one-on-one meeting, here’s how to use the group setting as an opportunity to shine.

Put on a Poker Face

You may be surprised to see the other candidates, but don’t let them know, and definitely try not to show any disappointment or shock. Enter the room with confidence and resist the urge to size everyone up. How you react to the situation and the group is indicative of many things in an employer’s eyes, including how you’ll interact with the company’s team and react to future surprises on the job.

I’ve led a few group interviews, and I’ve noticed that candidates waiting for an interview tend to be silent and ignore each other. Resist the urge to pull out your phone or review your notes, and instead introduce yourself and ask questions of the others, even if the employer isn’t in the room yet.

For one, when the interviewers do get there, they’ll notice who’s facilitating conversation (if they’re not doing some observing already, without you even realizing it). Your interaction will show the interviewers that you don’t shy away from networking (always a plus) and will make you seem confident (even if you really are feeling nervous). Second, this may come in handy during the interview. On that note:

While the other candidates may be your competition, they can also assist you on your path to the one-on-one. Throughout the activity, having the ability to address others by name will make you stand out and appear like a leader. Use the knowledge you built waiting for the interview to begin by addressing other candidates by name or referencing a conversation you were having. For example, if you and another candidate were talking about current events and in the interview, you’re asked a situational question, respond with something like, “Kim and I were just discussing a situation in the news that was very similar. In that situation, I would…”

You’ll also want to build off of other candidates’ ideas. If someone answers a question, follow it up by addressing his or her response and adding your own thoughts (this will also help you to not commit one of the worst offenses in a group interview—repeating the same answer as someone else).

Remember, the interview is supposed to involve everyone in the room. And that goes for the interviewers, too—make sure to address all of them when you’re speaking, even if one of them is silent the entire time.

That said, don’t go overboard. Many candidates, in an effort to force themselves into the role of a leader and show that they’re trying, can come across as overly aggressive. Although it’s good to show you care about the position, speaking over others or discounting their opinions will backfire. I can think of several times where this has happened, and everyone in my office refused to work with someone who was willing to walk all over others in an effort to look good.

Plus, if you’re not typically that bold leader type, it can be damaging to force yourself into a role that isn’t natural for you. Yes, you should speak up and make sure you’re being noticed, but remember that interviewers aren’t looking for the loudest voice in the room.

Unfortunately, the group interview will almost always be difficult for a shy or introverted person. If it isn’t in your personality to be constantly speaking up in a crowd, be sure that when you do answer questions or give your opinion, you do so with purpose. Don’t start your answer with an apology for the interjection, and don’t let your voice trail off halfway through. These faux pas will hurt you doubly when you’re in the midst of a crowd that’s all too ready to jump back in and talk over you.

Also remember, you don’t have to talk constantly to be noticed—but to be memorable, make sure what you’re saying is unique and contributing to the conversation. So skip the rehearsed answers—with multiple candidates answering the same question, any material you prepared ahead of time will most likely be similar to someone else’s—and focus on moving the conversation forward with your contributions.

But in order to speak purposely, you have to listen to the interviewers and interviewees and stay engaged in where the conversation is headed. Really pay attention and use body language to show you’re engaged with the group, even when you’re not talking. Instead of interrupting, if a thought pops into your head that you want to come back to, very quickly jot a note. Then when it comes time to speak, you’ll have so much more to say.

It’s safe to bet that everyone in that room, if they’ve ever interviewed or read about interviews before, will be following up with a thank-you letter. Make sure you stand out at this stage of the process, too, by referencing a part of the conversation in which you contributed—such as an interesting answer you gave, or even a joke! As long as it will make the interviewer recall your face and your answer (in a positive way), it will benefit you.

Most importantly, be prepared, and don’t let group interviews catch you off guard. And, of course, don’t forget the interviewing basics! Things like appearance, promptness, poise, and research will help you to stand out among the crowd of job candidates.

Disclaimer: This article was shared for informational purposes only. ACH is not responsible for any claims, advice or errors that might exist in the articles. Third party websites or analyses presented